Homemade Ginger Ale is such an easy recipe to make with just four simple ingredients.  We all know that homemade tastes better.

“I passionately believe home cooking has vast benefit to individuals, families, community, environment and animal welfare, but in today’s busy society it is often the first thing we outsource. While some may argue this makes economic sense, the cost and benefit of doing so cannot be measured in dollars alone.”
― Alyce Alexandra

I love to showcase easy recipes that you’ll make again and again.  This recipe is one of them.

The first part of the recipe is to make the ginger ale syrup.  You let it cool, and then you can make the homemade ginger ale.

I found this recipe on Epicurious.  The original recipe had 3/4 cup of sugar, but I felt it was too sweet.  If you like your drinks sweeter, add the extra 1/4 cup of sugar to the ginger water.

If you want to make your drink even more ginger flavored, grate the ginger instead of chopping it.

Play around with this recipe until you find the right combination that you love.

Ginger has been cultivated in Asia for over 3,000 years.  It is used extensively in Asian cuisine, the second most popular spice next to salt.

Gingerroot was also used in southern Europe before Roman times.

Ginger is closely related to turmeric and cardamom.  It originates from China.

It has anti-inflammatory properties and help with muscle soreness related to exercise.

Most people know that ginger helps with nausea, and is effective especially with morning sickness.

It helps lower blood sugars.  A study was made in 2015 with participants that had type 2 diabetes.  They found it lowered fasting blood sugar by 12%.

How to Store Fresh Ginger:

If you wrap your fresh ginger in paper towels in  tightly closed plastic bags, they will keep for several weeks.

Since you love trying new homemade recipes, I’m guessing you like all things cozy living. I created a Facebook group called Creating a Cozy Life with over 17,000 like-minded souls.

1) Add water and chopped ginger in a small saucepan.  Cook partially covered on simmer for 45 minutes.

2) After 45 minutes, remove mixture from heat and let the ginger steep for 20 minutes while fully covered.

3) Pour the ginger water through a sieve, draining into a bowl.  Make sure you press on the ginger to release any additional juice.  Discard ginger.

4) Return saucepan to medium heat with the drained ginger water.  Add sugar and stir until it has dissolved.

5) Place ginger syrup in in covered jar until cold.

Ginger syrup will keep covered and chilled in the refrigerator for up to one week.

We’ve reached the end of Homemade Ginger Ale.  I hope you enjoyed it.

Let me know in the comments below how you liked this easy  Homemade Ginger Ale recipe. 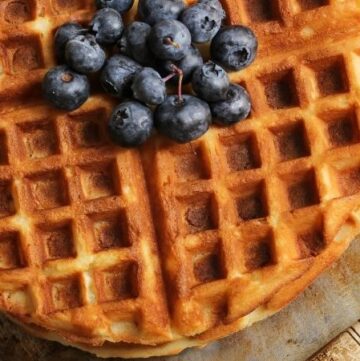