Prize-Winning Pork Chops with Apples and Stuffing recipe that is SUPER simple to make and your family will love it.

If you’re looking for more yummy recipes to try, The Best Meatloaf Recipe Ever and Decadent Praline Bacon will help you on your culinary journey.

“You can never put too much pork in your mouth as far as I’m concerned.” –  Lewis Black

I found this recipe in the Taste of Home magazine and it won a monthly prize for best submitted dinner ideas.  What really got my attention was that the original recipe only had four ingredients.  Yes, four.  I changed a few things to the recipe because it made it even better.

My puppies give this recipe four-paws up.  Now, this isn’t really a fair evaluation, because they’re really not a picky bunch.  But…they love that mommy is making lots more recipes for the blog instead of articles.

The best thing about this recipe is that you’re eating dinner and dessert at the same time.

Here’s the Prize-Winning Pork Chops with Apples and Stuffing recipe: 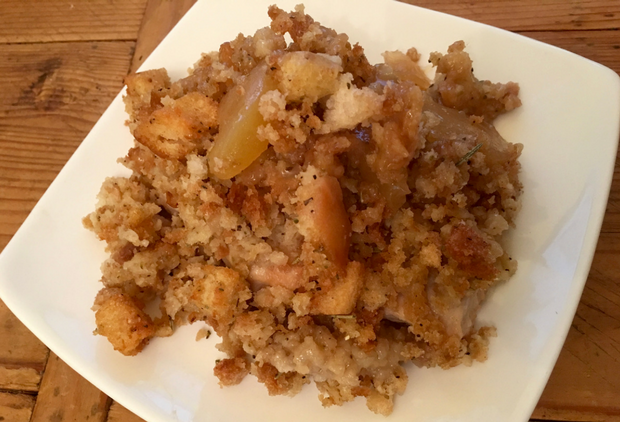 Tips to make this recipe:

When you make the stuffing, I would add chopped onion and celery to it.

If you can’t find apple pie filling with cinnamon, simply add a bit of cinnamon to the apples when you lay them in the baking dish.

Try different flavors of stuffing mix to vary the taste from time to time.

What you need to make this recipe:

First you’ll need a 9 x 13 inch pan.  I used a ceramic one like this one because I stopped cooking my food in metal and only use chemical-free cookware.

If you like this dish, you might want to load up on apple pie filling and this Amish Apple Pie Filling looks scrumptious. 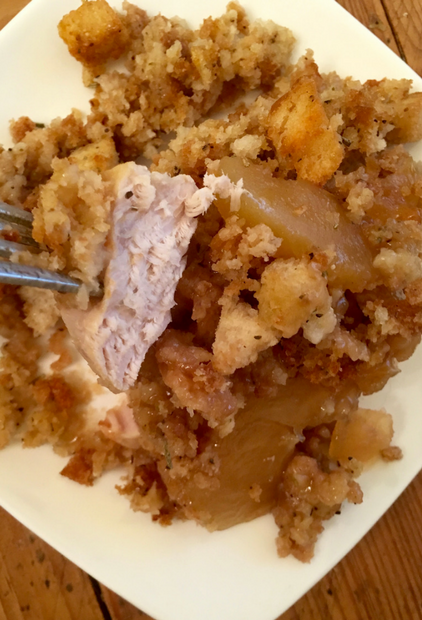 Let me know in the comments below if you tried this recipe and what you thought.  I would also like to hear if you added your own little twist to it.

Thanks for stopping by!

WOW !! So easy and DELICIOUS!! I made some smashed sweet potatoes also. Thank You!🥳

I'm so glad you liked the recipe Julie! Smashed sweet potatoes would go perfectly with these pork chops. Thanks for letting me know. Kelly

This recipe was delicious! I served sweet potatoes and green beans as sides and they went perfectly with this recipe.

I'm so glad you liked it Carol! Thanks for letting me know. Kelly

When you say package stuffing mix? Is that pork stove top brand?

I made this dish just as the recipe stated and it was fantastic! My husband said it was a 10, I didn’t have any side dishes as it was great all by it’s self! Definitely a winner!

Hello Sharyn! I'm so glad your family loved the recipe. Thank you so much for letting me know. Kelly

I stuffed the chops and filled the dressing in the pockets. Then I poured the apple pie mixture over the top. Um. So good.

I'm so glad you liked them. It's an easy recipe for sure. Kelly 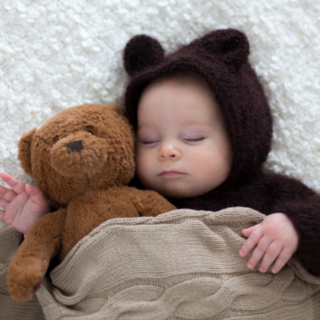