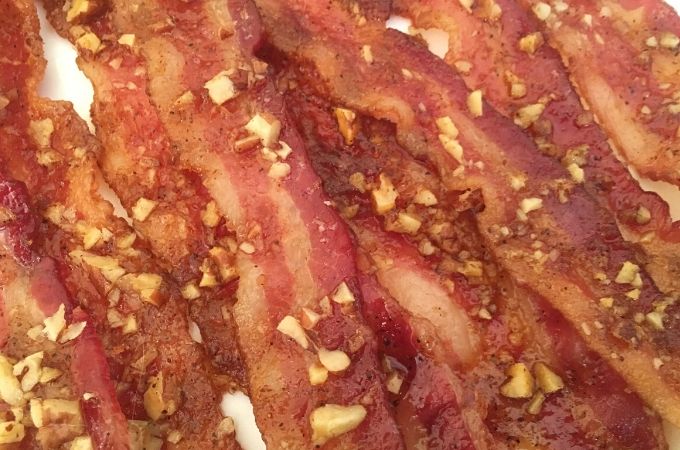 Pecan Praline Bacon Recipe is as good as it sounds, and it sounds delicious.

“Life expectancy would grow by leaps and bounds if green vegetables smelled as good as bacon.” – Doug Larson

You know how you have that one recipe you whip out when a special occasion is in order?  This recipe is it.

A bad day?  Praline bacon will make it better.  I promise.

It’s actually astonishing that you can make bacon taste even better than by itself, but this recipe pulls it off.  We all love the sweet salty taste combination.

It’s one of those “secret family recipes” that you simply can’t give out the ingredients because Grandma made you swear to keep it in the family. (I’ll keep it between us where you really got the recipe!)

No one ever needs to know it’s simple four ingredients that makes bacon go to new heights.  This recipe is praline bacon with chili powder and brown sugar.  Topped with chopped pecans – your taste buds will dance.

For this recipe, my assistants stayed by my side the entire time.  They were ready for whatever task I assigned: clean-up crew or taste-tester.

This recipe will go on your rotation for bacon dishes for breakfast because your family will demand that it will!

The definition of praline is a confection of nuts and sugar.  Adding bacon takes it to a whole new level.

Trivia about Bacon for the dinner table:

1) The word bacon refers to the “back” of the pig.

2) On average, each Americans consume 18 pounds of bacon per year.

3) You can celebrate International Bacon Day on September 3rd every year.

5) The phrase, “bringing home the bacon” originally came from England in the 12th century.  Churches awarded married men a side of bacon to those that swore they never argued with their wives for a year and a day. (According to List25.com.)

7) The first meal on the moon included bacon with it, of course.

Since you love to cook, I’m guessing you like all things cozy living. I created a Facebook group called Creating a Cozy Life with over 8,000 like-minded souls.

How do you make Pecan Praline Bacon?

2) Lay the bacon slices on a large baking sheet with rims.  Bake at 400 degrees for 12 minutes.

4) Sprinkle the brown sugar mixture over the bacon and then sprinkle with chopped pecans.

5) Bake for 5 minutes longer, or until the bacon is crisp.

6) Drain the bacon on paper towels.  Make sure you keep the praline side up.

7) Arrange bacon in a single layer on a serving platter and serve hot.

Tips for making this recipe:

1) You can use thinner bacon, set the oven temperature to 375 degrees instead.

2) Make sure you check on the bacon, you wouldn’t want the sugar to burn.

3) You can add even a bit more kick if you sprinkle a little cayenne pepper on, but I loved it the way it is.

Tools needed to make this recipe:

Make sure you don’t use a single post by signing up to get them in your inbox. You wouldn’t want to miss recipes like The Most Delicious Meatloaf Ever.

Let me know in the comments below if you tried the recipe and what you thought.

Thanks for stopping by! 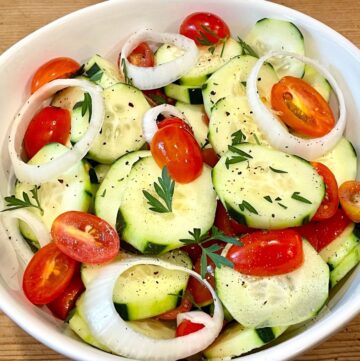 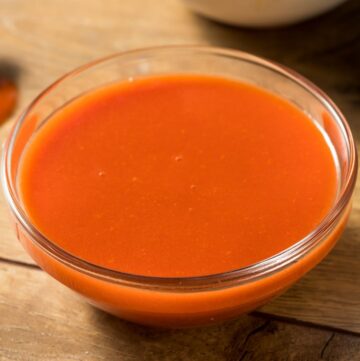